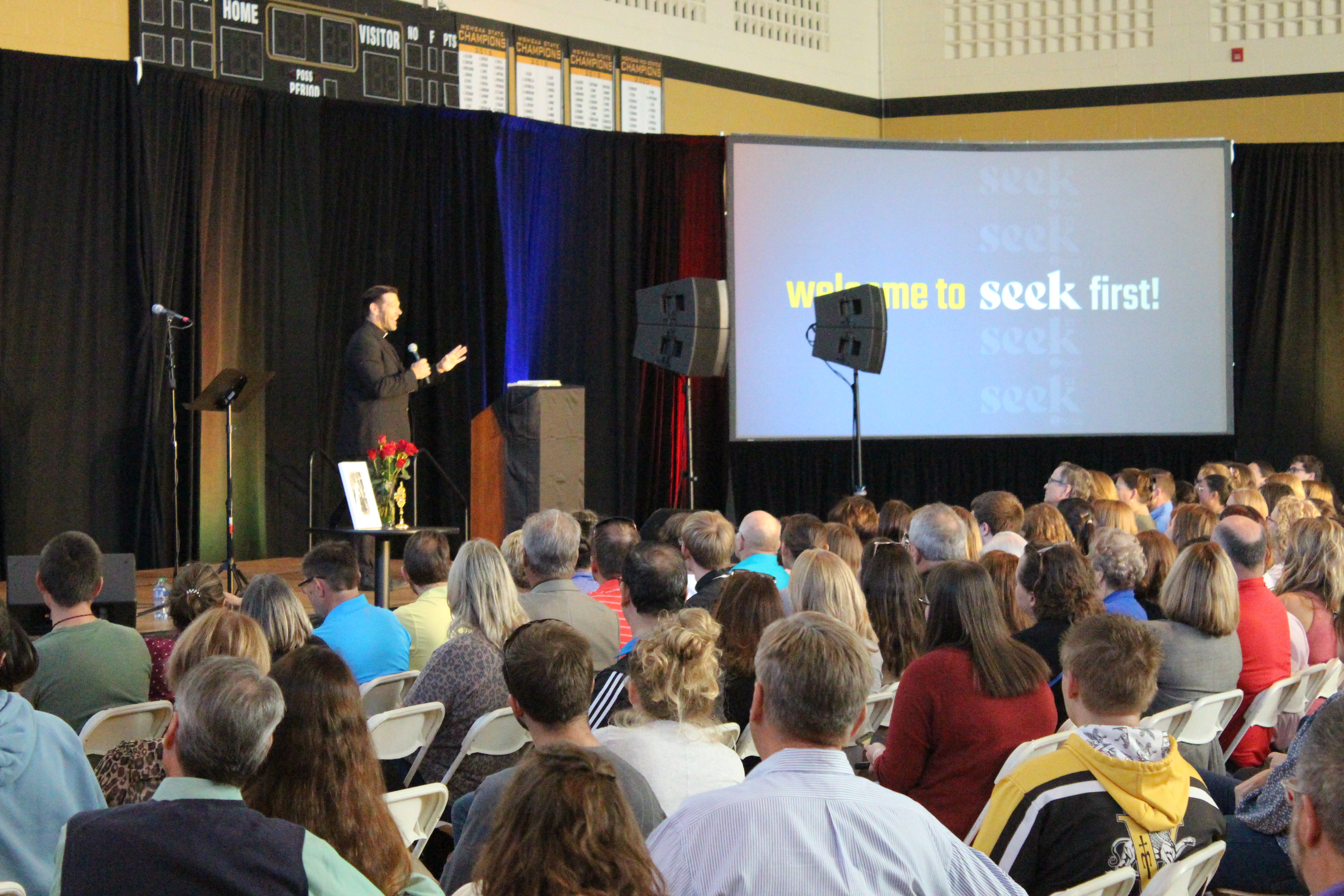 St. Louis, a city with a historically vibrant Catholic presence that has earned it the informal nickname “The Rome of the West”, is today the subject of a strategic planning initiative by which a still undetermined part of its 178 parishes will close or merge in an effort to better utilize archdiocesan resources for evangelism. Archdiocesan data shows that in 2021, the number of Catholics in the Archdiocese of St. Louis fell below 500,000 for the first time since the 1960s.

As a member of all things new restructuring process, the archdiocese plans to designate part of its territory as mission territory. Large swaths of the archdiocese – especially those that are predominantly black – have a low Catholic percentage of the population. Although the Archdiocese is expected to announce final plans for consolidating and closing parishes in May 2023, the Archdiocese has already announced that St. Mary’s High School and Rosati-Kain High School – boys’ and girls’ schools, respectively – will be close at the end of the school year due to low enrolment.

Jesuit Father Kevin Dyer, FOCUS’ Senior National Chaplain and a native of St. Louis, explained that his hometown’s deep Catholic roots combined with current challenges are “ripe for what FOCUS offers; rekindle a spirit of missionary discipleship and evangelism in people.

Miller said he hopes SEEK in St. Louis will be like “a little Catholic bomb exploding,” the same way World Youth Day 1993 in Denver served as a catalyst for so many vocations and many apostolates.

SEEK23 will be FOCUS’ first in-person conference since Indianapolis in 2019 and a small student leadership summit in Phoenix in the early days of 2020. Conferences for 2021 and 2022 were held online due to the pandemic.

At the October 1 event, Archbishop Mitchell Rozanski of St. Louis addressed the crowd and encouraged them to bring the presence of Christ to others in a face-to-face manner, seeking to break the isolation created by an individualistic society and a reliance on technology. He noted that often evangelism does not take the form of argumentation or apologetics, but of people noticing the joyous testimony of a Catholic friend.

“The Lord planted the seed of faith in our hearts, not only to keep it for ourselves, but to share it with others, to share it through the testimony of our lives,” Rozanski said.

Rozanski encouraged those in attendance to consider exploring the Making Missionary Disciples track of FOCUS as a way to learn more about how to evangelize as part of everyday life.

Miller said part of his office’s goal is to encourage Catholics to recognize, as Vatican II affirmed, that there is a “universal call to holiness” for every person to come out and share. the Catholic faith, and not simply an institutional or “programmatic” call. for the Church to do so. He said he hopes the information, encouragement and connections SEEK aims to provide will touch people’s hearts and help build a Catholic presence “in every square mile of the archdiocese.”

At Catholic News Agency, our team is committed to reporting the truth with courage, integrity and faithfulness to our faith. We provide news about the Church and the world, seen through the teachings of the Catholic Church. When you subscribe to the CNA Update, we’ll send you a daily email with links to the news you need and, occasionally, breaking news.

As part of this free service, you may receive occasional offers from us on EWTN News and EWTN. We will not rent or sell your information and you can unsubscribe at any time.

“It’s a change of perspective for many Catholics, who are used to showing off or letting Church programs take care of evangelism and meeting the needs of others,” he said. he declares.

Beyond the youth and students who will participate in SEEK, Miller said they hope to use FOCUS’ Making Missionary Disciples track as a launching pad to inspire more mature Catholics to share their faith as well. He also said his office plans to hold follow-up events for Catholics in St. Louis to build on what people will learn at SEEK about evangelism and provide resources to help them get started. Bible studies and small discipleship groups.

He said he hopes that as the parishes of St. Louis “come together in their new parish realities” after the amalgamation and closure processes, “they will have a common ground, a common formation and a common mission”.

Jonah McKeown is a podcast writer and producer for Catholic News Agency. He holds a master’s degree from the University of Missouri School of Journalism and has worked as a writer, public radio producer and videographer. He is based in St. Louis.

Bandai Namco wants to be ‘platform agnostic’ As industry consolidates with government, community aims to achieve standard of living

Why Crypto DOWN today? 3 big reasons…