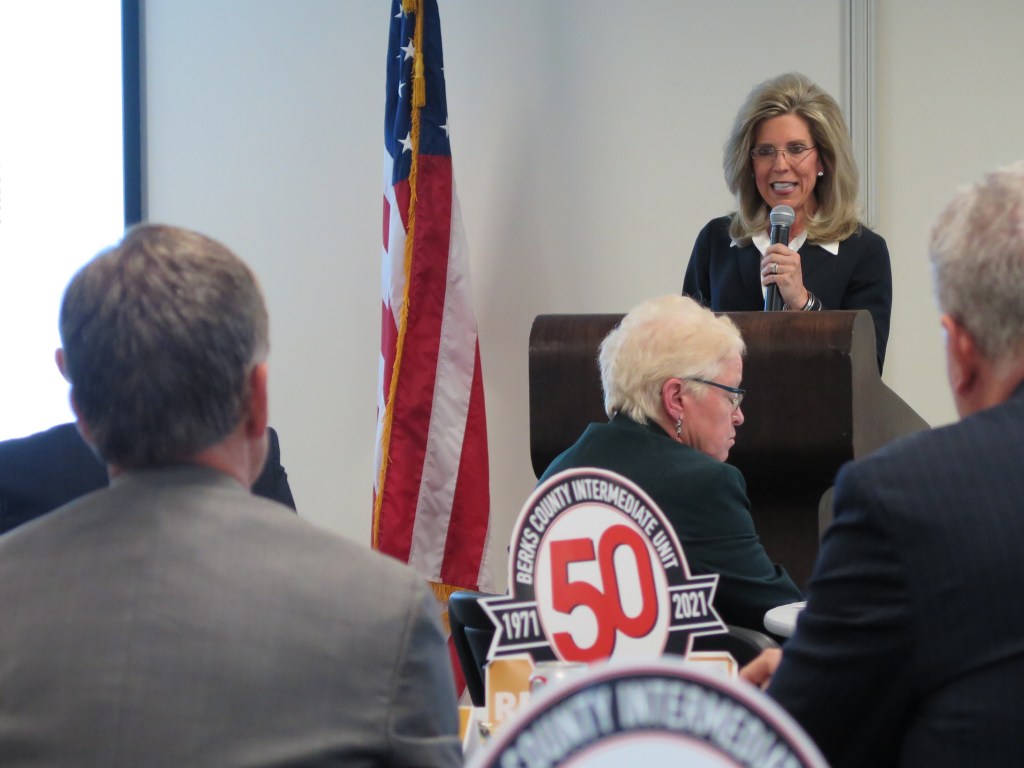 It was a site she hadn’t expected, something Dr. Nancy Allmon was not ready to encounter.

It was the mid-1970s and she was a young teacher in the Oley Valley School District. As she was walking down a school hallway, she spotted a box on the floor.

Inside the box was a stuffed squirrel.

Confused and a little worried, she walked into a nearby classroom and asked the teacher inside if she knew there was a squirrel in a box right outside her door. The teacher said she did, explaining that she was going to use it for a lesson.

“I got it from middle unit,” Allmon recalled the teacher saying. “You must contact them, they will help you as a new teacher.”

And that’s how, says Allmon, she discovered the Berks County Intermediate Unit.

On Thursday, Allmon was one of many local leaders and members of the education community to take some time to reflect on what the BCIU has meant to education in Berks County as the organization celebrates its 50th anniversary. at a special event. The BCIU actually turned 50 last year, but the COVID pandemic delayed the celebration.

“It’s a wonderful organization, and right now it’s better than ever,” she said.

“In all of these positions, I needed the middle unit,” she said.

The BCIU provided assistance with special education, transportation, curriculum, and technology. They came every time she turned to them for help.

She was so impressed with the BCIU that when asked to lead the organization, the choice was easy. In 2001, she became BCIU’s fourth Executive Director.

Allmon was one of four former executive directors to attend Thursday’s event at BCIU’s main office in Muhlenberg Township.

BCIU’s third executive director, Dr. K. Robert Hohl, said BCIU has become exactly what the state envisioned when it established the 29-unit intermediate system in 1971. It has helped Berks schools to going through difficult times, notably following a wave of school consolidations in the 1960s and, more recently, the COVID pandemic.

“Through all the challenges we have faced and those to come, this has turned into a great organization,” he said.

Dr. John George, who served as CEO from 2008 to 2014, recalls his early days leading the BCIU. He said his predecessor, Allmon, helped his transition by bringing him to meet with all the important players in Berks education.

At each stop, she talked about passing the torch to George.

And what the torchbearer represents is a large team of board members, staff, students and community members, George said.

“There are so many people working together, that’s what makes Berks County Mid-Unit such a wonderful place,” he said.

George said it was also important to focus on the torch itself.

“Look at the torch, which is BCIU and its mission – to improve the lives of students and serve others,” he said. “It’s the torch we’ve been carrying for 50 years.”

Like George, the current CEO, Dr. Jill Hackman, spoke of the importance of the support the BCIU has received over the past five decades.

“As we celebrate and reflect on our first 50 years of service, we would like to express how grateful we are for your continued collaboration,” she told the crowd of local educators and leaders. “Over the next 50 years, our goals as a service agency will be achieved through the guidance of our Board of Directors, the continued commitment of our dedicated staff, the visionary leadership of our administrative team, the partnership with our elected officials and key stakeholders, and the continued support of our schools.

Shirley B. (Huckins) Krause – The Kansan