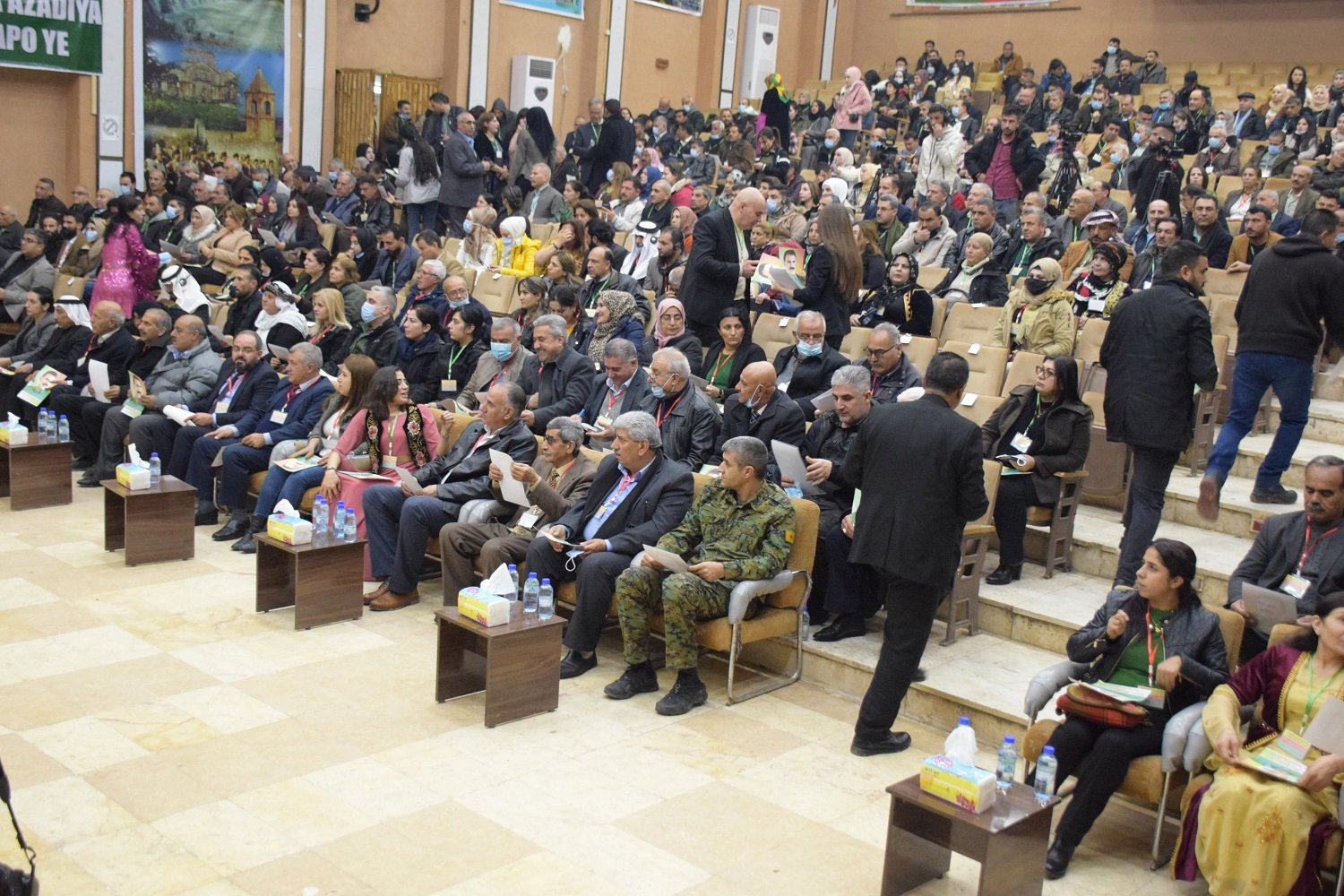 Under the motto “Democratic Culture Develops Through Democratic Institutions”, the fourth conference of the Movement for a Democratic Society (TEV-DEM) continues at the Aram Tigran Center for Culture and Art in the city of Rmelan, in Qamishlo Township via the words of participants, and read Chief Ocalan’s assessments of the Democratic Nation philosophy.

During his speech, Shibli pointed out that “the history of the Middle East is full of conspiracies that have been hatched against them by the dominant powers, but the latest conspiracy has been hatched against the peoples and components of the region represented by the person of Chief Abdullah Ocalan with the participation of many countries, such as Turkey, which practices all forms of terrorism.

Al-Abd asserted, “Whoever loves peace should return to the thought of the leader, because the stage the Middle East and the whole world are going through urgently needs the idea of ​​the democratic nation.”

As for the spokesperson of the Kongra Star coordinator in Rojava, Ramzia Muhammad, she insisted on the resistance and the struggle to face all the attacks and conspiracies against the northeast of Syria and to fight corruption within the self-government institutions, and said, “The self-government has played an important and major role in finding solutions to all the people’s problems, but we all need to join hands in developing it.”

Nuri Mahmoud, spokesman for the People’s Protection Units, referred to the “Peoples of the Hammer” campaign, against the attack by ISIS cells on Al-Sina’a prison in the city of Hasaka, and added, “With the resistance of our forces and our people, we succeeded in breaking the attack on the prison which was supported by the regional forces.”

Mahmoud pointed out that the recent attack on the prison showed the true face of fascism and world powers, and said, “After foiling the attack, Turkey started launching attacks on Şengal and Western Kurdistan. These attacks confirmed that Turkey supports ISIS terrorism.

Mahmoud referred to the role of the Movement for a Democratic Society, saying: “The movement has an important role in the development of social culture, so we find this conference to be very important for the success of the principle of people’s revolutionary war, and face all the regimes in the region and put an end to authoritarianism.

The activities of the conference continue, closed to the media, to read the organizational situation and the annual report of the democratic society movement over the past three years.