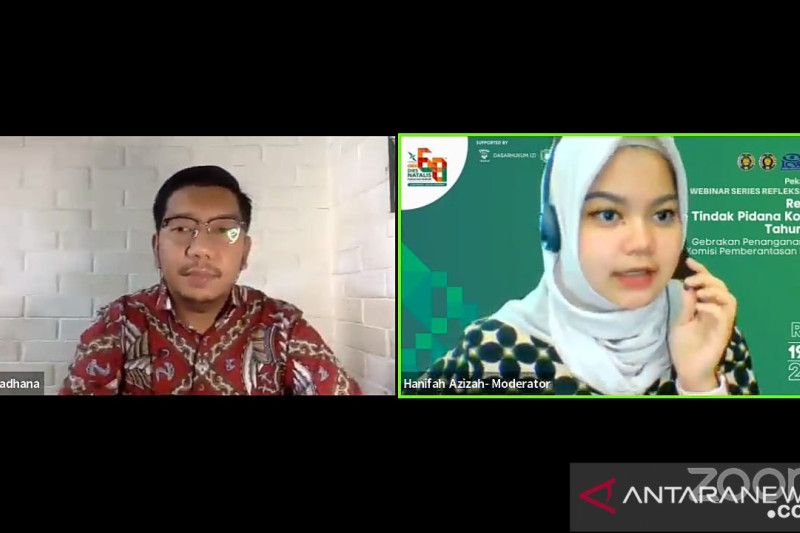 ICW encourages consolidation to optimize the eradication of corruption

We still have a lot of work to do to eradicate corruption. For this, the consolidation of the people is necessary to observe and criticize the nation.

Jakarta (ANTARA) – During a nationwide webinar on Wednesday, Indonesia Corruption Watch (ICW) researcher Kurnia Ramadhana encouraged the public to consolidate or cooperate with law enforcement authorities to optimize the Eradicating Corruption in Indonesia.

“We still have a lot of work to do to eradicate corruption. To this end, the consolidation of the people is necessary to observe and criticize the nation,” he noted.

At the “2021 Corruption Criminal Act Handling Reflection: Corruption Case Handling Breakthrough between Attorney and Corruption Eradication Commission” event, he noted that through this consolidation, the state will be encouraged to support corruption eradication efforts.

In addition, he highlighted several corruption eradication tasks that Indonesia needs to accomplish, such as reimbursing state losses that have not been fully covered.

“State losses due to corruption in 2020 had reached Rp 56.7 trillion. The money to replace it is only Rp 18 trillion. Therefore, there is a gap of about 30 trillion Rp that just disappeared,” Ramadhana said.

Furthermore, he felt that the effort to grant remission to bribers by the state on the same condition as any other general criminal act will reduce the deterrent effect on bribers.

This is despite the fact that granting remission to bribers should not be similar to that granted to other perpetrators of criminal acts, he said.

Perpetrators of corruption must meet several requirements, such as becoming a collaborator of justice and replacing state losses if they seek to receive a rebate, he noted.

The police and the district attorney should take a courageous approach in pursuing corruption cases involving their inside parties.

“If this is not done, how can we clean a dirty floor if we use a dirty broom,” he remarked.

What made the PHI group go up on Thursday?